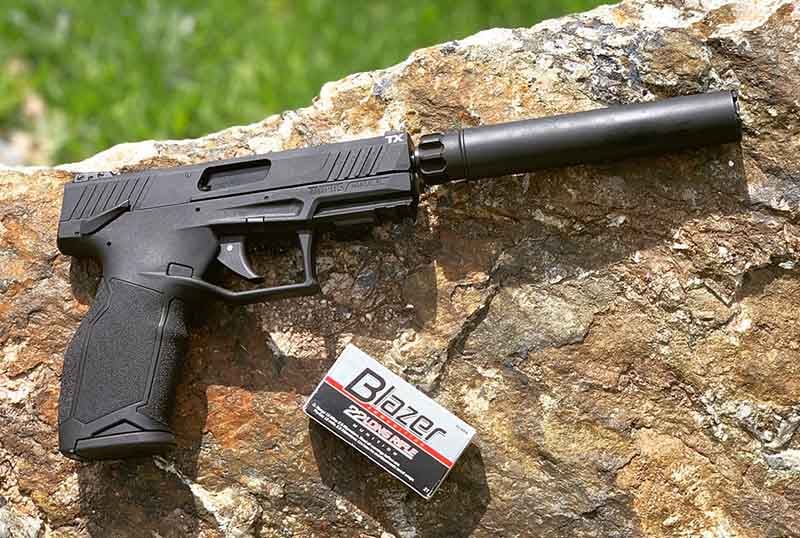 The Taurus TX22 is a .22LR platform with some nice features. (Photo: Jeff Wood)

I have long wanted a .22LR pistol if nothing else just to have some cheap shooting fun for myself and the kids. It’s hard to beat the .22 platform when it comes to teaching kids the responsibility that firearms demand. The Taurus TX22 brings a .22LR design to the table and after a glance at a trade show event, I knew I wanted to find out whether it truly could be a family-friendly pistol.

The Taurus TX22 pistol caught my eye at SHOT Show in January 2019. I immediately fell in love with the feel of the .22LR pistol. It felt like a full-size gun in my hand. The well balanced and lightweight TX22 felt much like the Smith & Wesson M&P or maybe the Sig Sauer P320.

Another feature the TX22 possessed was 16 round magazines — two of them, in fact. Most .22 pistols are built as single stacks with 10 round magazines. It was refreshing to see that barrier broken. Having those 16 round mags prolongs shooting time, reducing the amount of time you’d spend stopping to reload. The magazines themselves feature a small circular pin through the follower that pulls down slowly rounds are added to the feed lips until it is full. A handy feature for easier loading. 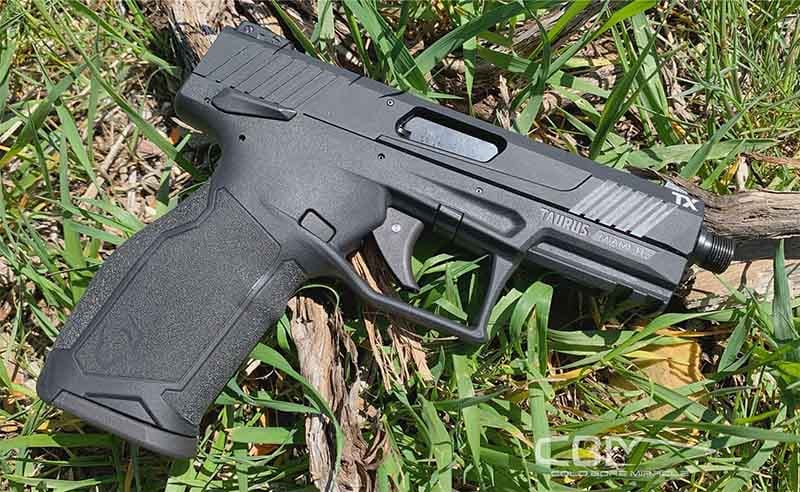 The TX22 comes with adjustable sights and the ability to toss on a suppressor. (Photo: Jeff Wood)

The sights are adjustable, another welcome feature. There are two screws to adjust with a micro flat blade screwdriver — one for elevation adjustment and the other for windage. The TX22 also features an ambidextrous safety, with familiar positioning and function. Up for safe, and pulling down with the thumb puts the gun into the firing mode. For the many patrons to the NFA, adding a suppressor to your favorite pistol is a must. Rounding out its features, the TX22 even accommodates this with an adaptor collar needed to mount a suppressor. 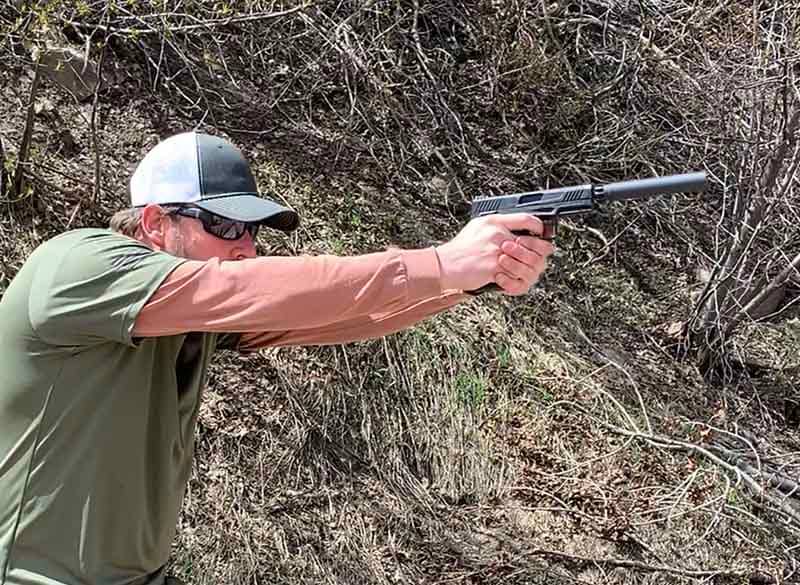 When I picked up my TX22 from my FFL, I had a box of ammo and suppressor in hand ready to head immediately to the range. A quick stop by my local shooting spot armed with 100 CCI Mini Mags was just enough to wet my whistle. It was the fastest five minutes of my life, if I recall. Those 100 rounds burned through the TX22 like grain through a goose. I was now addicted.

I departed from the range to pick up two important things — more .22LR ammo and my son. I knew he would love this thing as much as I did. Junior and I purchased an assortment of ammunition, a pretty good spread in my estimation. I wanted to try everything, from the cheapest bulk ammunition to the ritzy high-end stuff. I even bought a couple of different boxes of subsonic ammunition to see how the TX22 would handle.

The next few hours of shooting turned out to be some of the most fun we’ve shared. We tried every brand of ammunition I brought and went through magazine after magazine of plinking fun. I was ecstatic with the performance, after shooting 600 to 700 rounds, we experienced no major failures and little issues — other than some cycling issues with the 730 fps subsonic. 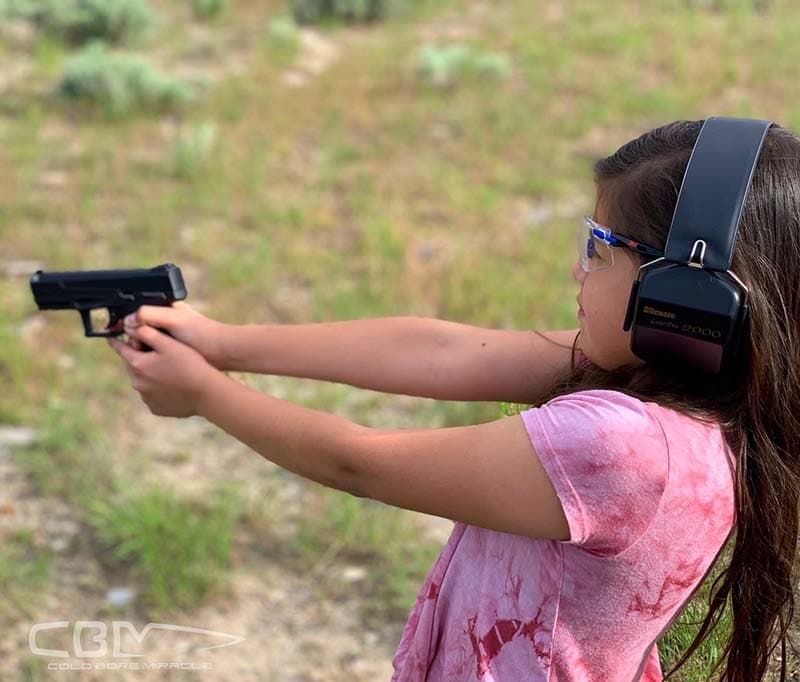 Junior taking the TX22 for a whirl. (Photo: Jeff Wood)

The pistol ran flawless — suppressed or not. There was, of course, a bit more back-pressure when shooting suppressed, which caused the gun to foul a little more aggressively, but that is no real surprise. The TX22 is balanced perfectly and fit me so well. The very mild recoil of the 22LR is soaked up nicely by the recoil spring, the gun barely moves in the hand when fired. Follow-up shots were easily made. It’s worth noting, the striker-fired TX22 trigger is very clean with resets pretty short as well.

The TX22 has a single magazine release, though it can be switched to either side to accommodate left or right-handed shooters. I initially found the magazine release to be a bit small and perhaps difficult to purchase with my thumb; however, I quickly withdrew that observation after shooting the gun. At no point during my shooting did I find it to be a problem. Mag changes were done quickly and without any issues. 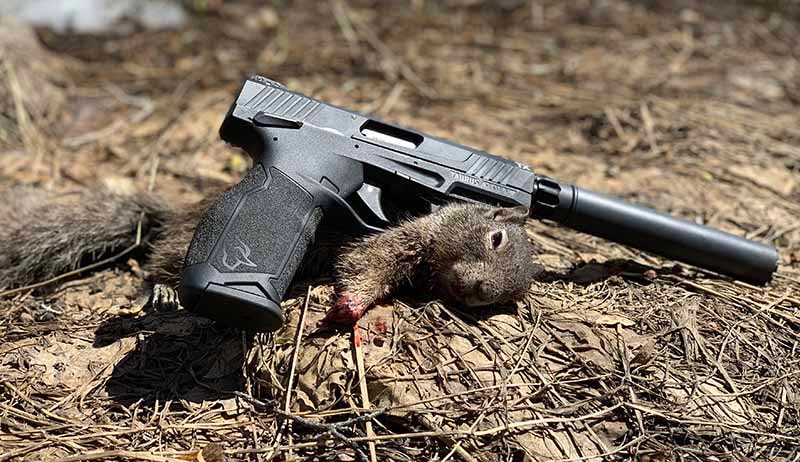 Speaking of the magazines, though I enjoyed the larger capacity the design is not without its faults. As I removed the mags from the box, the floor-plate of both was easily pushed off. The first time resulted in my magazine guts shooting out across the floor. When I tested the second magazine for the issue, I found it to be the same. The floor plate retainer seems to not include an anchor keeping them in place. Oddly enough, though, the problem never reoccured. 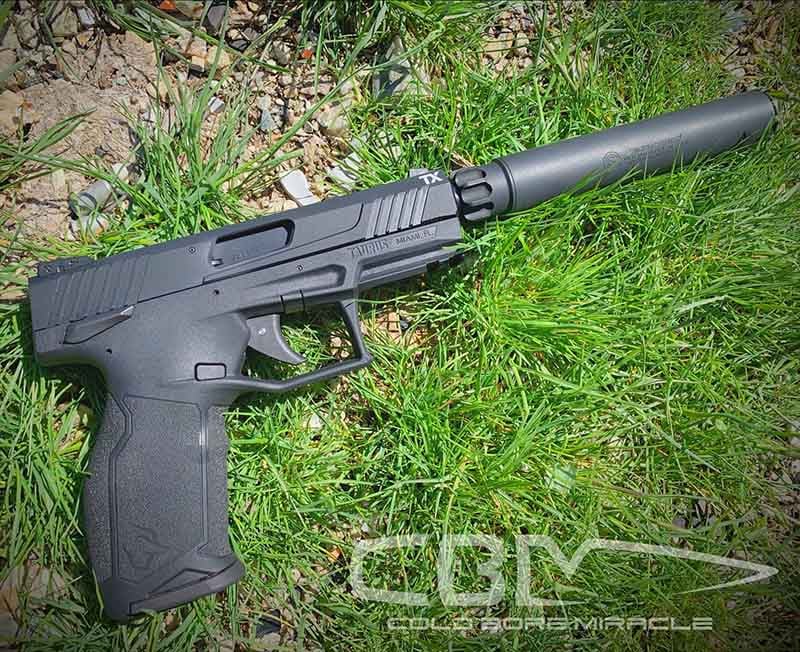 As it turns out, the Taurus TX22 is everything I hoped it would be when I first held it in a Las Vegas casino. It shoots well, handles well and its function matches its handsome looks. It also brings some great features that were long overdue on the .22LR platform. The Taurus TX22 is a fantastic pistol all around, simply done right. The Taurus TX22 retails for $349.