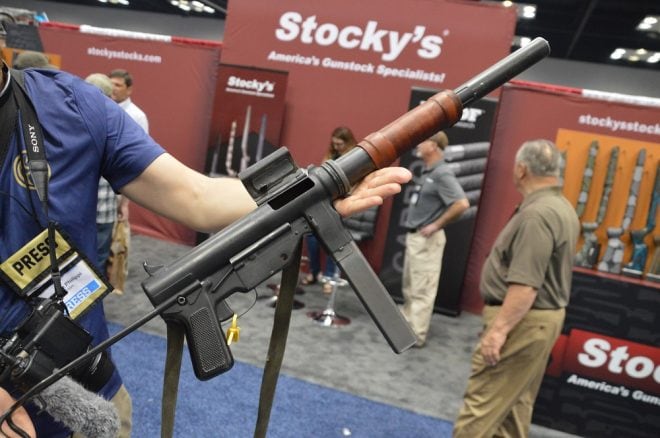 Your normal M3 Grease Gun is very compact but a bit louder than this one (Photos: Chris Eger/Guns.com)

While walking around the 148th NRA Annual Meetings in Indianapolis last week, we stumbled upon a sweet M3 Grease Gun with a giant can.

The M3 was the U.S. Army’s stab at a cheaper alternative to the Auto-Ordnance Thompson submachine gun during World War II and got its nickname for its easy resemblance to a mechanic’s grease gun. The gun not only replaced the Thompson in U.S. service but also remained in use with Army armored crews through the Cold War.

Out of production since the early 1950s, it was unusual to stumble upon an M3 at a gunmaker’s booth in 2019, until you realize who had it. Joe Meaux with Baton Rouge, Louisiana’s Aklys Defense had the suppressed M3 along with a similarly be-quieted BREN gun on hand to the great interest of attendees. 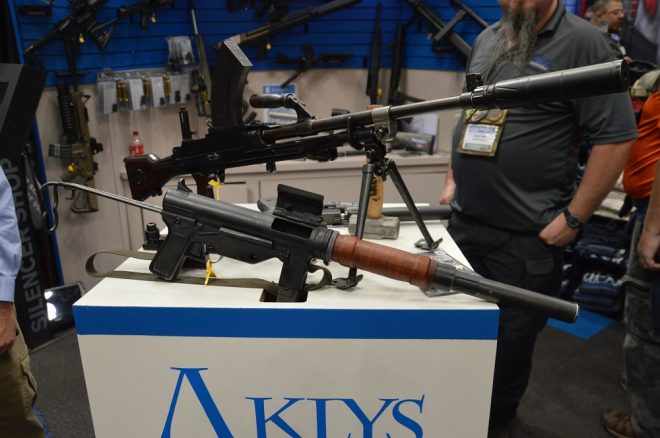 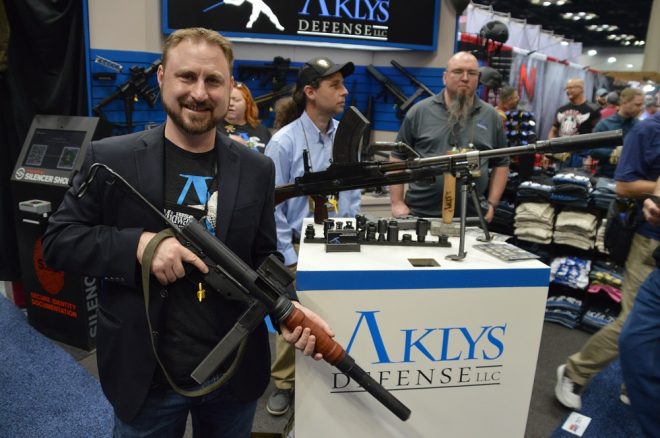 Meaux and Aklys are the people behind the integrally suppressed Velociraptor AK as well as other, more dubious creations while taking time out to help with local military museums.

The M3 of Meaux’s uses a suppressor that is an homage to the gun’s use by the OSS in WWII.

And a lot of visitors to the Aklys booth mentioned the M3’s similarity to the ones wielded by Australian commandos in Attack Force Z, an early Mel Gibson WWII action flick from the 1980s. Although it should be pointed out that, rather than Grease Guns, the Australians actually used the equally homely but no less effective Owen gun.

That is not to say that suppressed M3s aren’t still floating around the Pacific in semi-regular use. The Philippine Marine Corps recently upgraded some of their vintage Grease Guns to just such a format, and they sound better than Hollywood’s version.

Before we wrap this up, however, it should be pointed out that NRAAM in Indy was an extremely logical place to bring the vintage M3. After all, they were made in Indiana by GM’s Guide Lamp Division in Anderson, which is only about 45 minutes away from Indianapolis.

The Indiana War Memorial, a short jog over from the Indiana Convention Center that hosted the NRA event, had several Grease Guns — sans suppressors — on display. 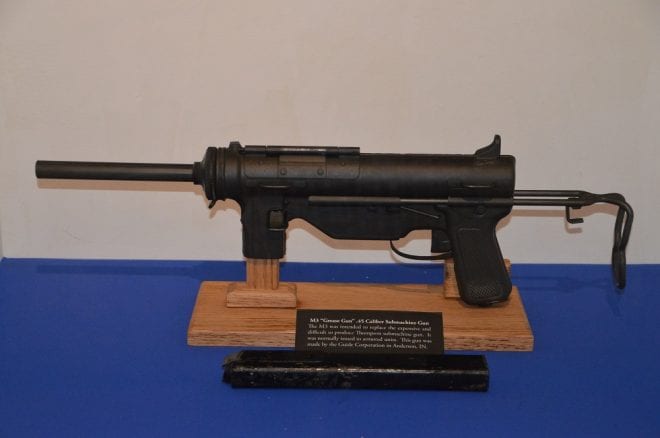 The more basic M3, on display at the Indiana War Memorial