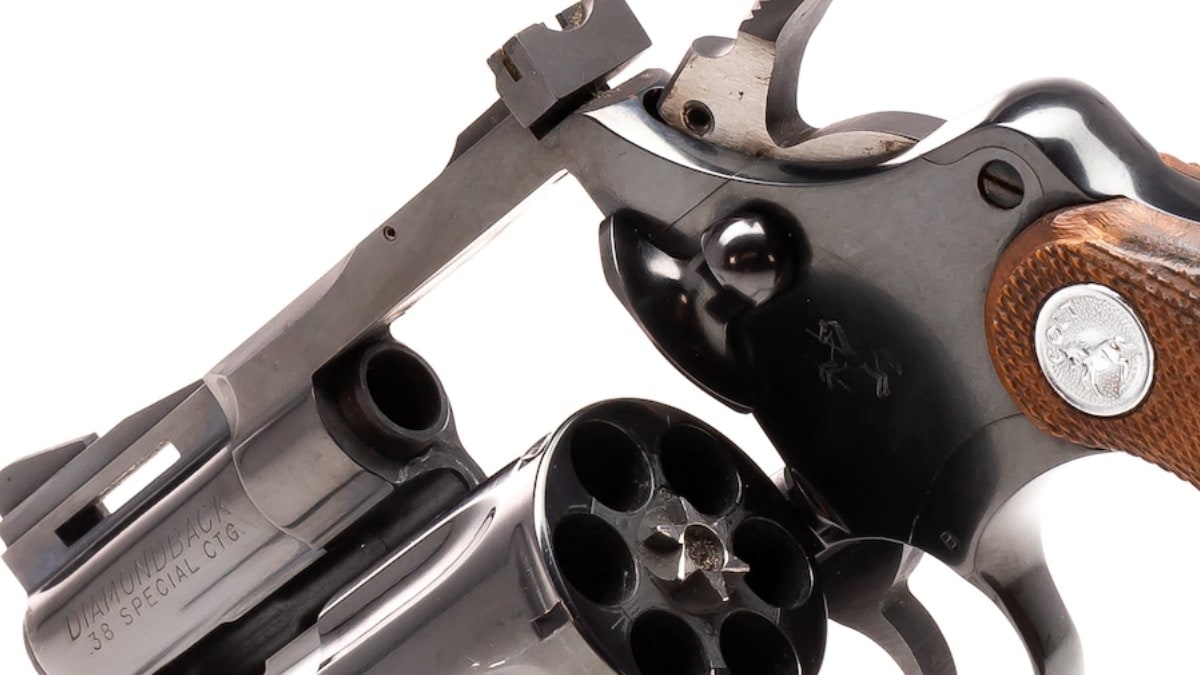 A national anti-gun group this week announced they intend to spend $15 million in battleground states to support politicians who back tougher regulations on firearms.

Everytown, formed originally as Mayors Against Illegal Guns by Micheal Bloomberg and still largely funded by the billionaire media mogul, said the campaign is their largest digital ad program to date. The push includes $5 million in ad buys in Florida, $3.5 million in Texas, $1.5 million in North Carolina, $1.25 million each in both Arizona and Iowa, $1 million each in Minnesota and Pennsylvania, and $500,000 in Georgia.

The group says the ads, to air on non-traditional platforms like Hulu, Pandora, YouTube, Roku, and Univision, will “largely target suburban parents, young voters, and people of color, and will include Spanish-language creative.”

While $15 million sounds like a big outlay, Everytown plans on spending upwards of $60 million in this election cycle, which means the digital campaign is only about a quarter of its investment in future gun control.

While the Everytown ad focus in Florida–a state where President Donald Trump won in 2016– is heavy on the upcoming Presidental race, others aim to increase the number of Democrats on Capitol Hill. In every one of the targeted states a drive is being made to turn the state legislature blue. 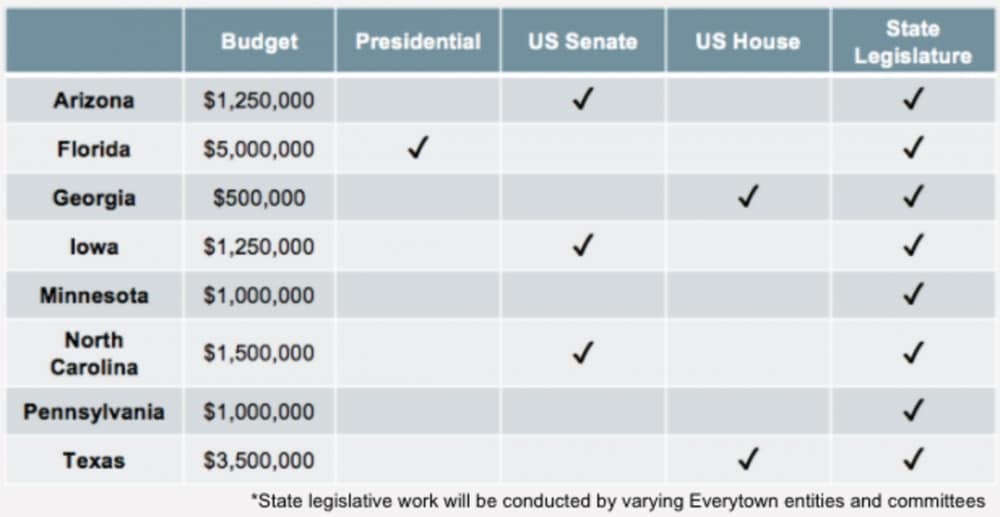 The breakdown of Everytown’s planned digital buy in the next few months (Graphic: Everytown)

This comes in the wake of the group’s long-running and ultimately successful effort in Virginia to flip the polarity of the state’s legislature. In 2011, Bloomberg gave $25,000 to each of the six pro-gun control Democrats running for the Virginia State Senate. By 2015, the effort to shift control of the body saw an additional $1.5 million in Bloomberg dollars.

Hedging bets, Bloomberg groups at the same time ponied up $1.1 million in donations to help elect first Gov. Terry McAuliffe, and then an even larger amount to back Gov. Ralph Northam, both Dems that went on to repeatedly push an anti-gun agenda in the state legislature only to see it tank in the Republican-controlled Senate.

Finally, after sinking $2.5 million into the Commonwealth’s 2019 statewide elections, Bloomberg-backed Dems were able to pull off a narrow hattrick, securing slim single-party control of both chambers in the state legislature and the Governor’s mansion. Before the smoke cleared on the 2020 session, Northam signed no less than five gun control bills into law, shot to his desk through party-line votes over the howls of gun rights advocates.

“Everytown and Moms Demand Action will be deploying our grassroots power and substantial financial investments to deliver a gun sense majority legislature in Minnesota – the same way we did in Virginia in 2019,” said Charlie Kelly, senior political advisor for Everytown for Gun Safety Victory Fund.

America heads to the polls on November 3.